A breastfeeding charity has sparked outrage by allowing men who identify as female to attend meetings for mothers struggling to feed their babies.

The British branch of the La Leche League (LLLGB) is offering to provide breastfeeding support to transgender women, who were born male.

A statement on the charity’s website says: ‘Trans men, trans women and non-binary individuals may choose to breastfeed or chestfeed their babies.

‘You do not need to have given birth to breastfeed or chestfeed, as we can also see in the experiences of those nursing adopted babies.’

Chestfeeding is a term used to avoid causing offence to women who have transitioned to become men and feel uncomfortable using the word ‘breast.’

But this week a former La Leche League leader told how ‘alarmed’ she was at the prospect of trans women joining meetings with other mothers in a post on Mumsnet.

She wrote: ‘I was a La Leche League leader for many years and am very upset to see how the organisation has lost its focus on the mother and baby.

‘LLLGB should not be promoting the idea that males can induce lactation to feed a baby.

‘There is no evidence to say this is safe, only an anecdotal example of a case where a doctor in the US enabled this to happen using off label drugs,’ she added.

Gomeroi woman Rachael McPhail had the idea to include the traditional place name on post items and began petitioning Australia Post only two months ago for three key actions.

Against the background of corona pandemic’s catastrophic effects on health and the economy, the right-wing political forces in East-Central Europe are apparently falling back on their old, familiar strategy of turning frustration and insecurities into a culture war

At the heart of the culture war in the Visegrád Group, however, is the Istanbul Convention signed by the EU in June 2017, known formally as the ‘Council of Europe Convention on Preventing and Combating Violence against Women and Domestic Violence’. In all four countries it came under fire by the government during the pandemic. Instead, an alternative ‘Family Rights Convention’ has even been initiated in its place, which, in contrast to the Istanbul Convention, contains chapters on abortion and same-sex marriages. 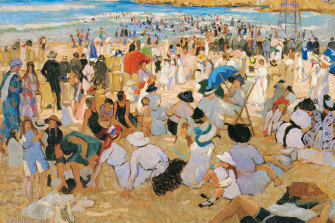 Women make up a tiny proportion of the international art auction market, says art historian Griselda Pollock, keynote speaker at this week’s NGA’s Know My Name conference. Last year, the international art world was scandalised when two journalists, Julia Halperin and Charlotte Burns of Artnet, revealed work made by female artists accounted for just over two per cent — US$4 billion — of the entire market over 11 years.

Pollock says that the limited market is a direct result of decisions made by museums and galleries. “There is an intimate relation between financial and symbolic value. If the work of women is not valued by scholars and curators art historically, the market reflects that low estimation.

Renee Adams, professor of finance at the Said Business School at Oxford, has done the numbers. In a paper she wrote in 2017 (but so far not published in the traditional finance academic journals despite having won awards), she and her colleagues made a remarkable finding.

[T]hey also performed an experiment. They showed participants five paintings by women and five paintings by men. Nothing high end, nothing too famous. Participants were asked to guess the gender of the artist just by looking at a painting. No names, no provenance. Participants couldn’t. As the researchers concluded: “Women’s art appears to sell for less because it is made by women.”

[R]epeating the delusions that either; humans can change sex, or your gendered soul is the defining characteristic of what makes you male or female, is unhelpful for women, for those who suffer acute gender dysphoria, and all those who do not fit into gender stereotypes.

Many older transsexuals who have lived through transition are acutely aware of the compromises their life entails, and recommend extreme caution in taking that path. The decision to become a life-long medical patient, to accept compromised fertility and sexual function, to risk skeletal problems and cancer must not be taken lightly.

There are accounts of profound disappointment after the initial high of transition when the person realises it is a journey to a destination they will never reach. This may be the reason that depression and suicidal ideation has not been shown to decrease after transition (contrary to Mermaids propaganda). It is also well documented that young people seeking transition have a higher likelihood of being autistic, having mental health problems, or a history of abuse or trauma. It is irresponsible and unkind to sell them a myth rather than reach compassionate solutions based on honesty.

Telling a child suffering from body dysphoria that they are indeed born in the wrong body is not kind.

Many transsexuals, people with differences of sexual development (DSD), detransitioners, and those who identify as trans gender are themselves silenced and bullied for questioning the new orthodoxy and are being dragged into a fight they do not want. There is also a growing lesbian and gay movement who are once again having to assert the right to be same sex attracted. The fact that Stonewall has expressed no concern over the Newsnight report suggesting GIDS might be medicating gay children due to homophobia shows their lack of concern for gay rights. It is not ‘LGBT people’ the trans lobby is supporting, but a very specific dogma.

Peddling the myth that trans women are women, and that humans can change sex is not true, not useful and not kind.

WHRC USA is pleased to release the “Equality For All Act“, which is our amended version of the Equality Act (aka HR 5). We encourage everyone to review the text of this much stronger bill and see for themselves how it:

▪️Protects women and girls on the basis of sex;

▪️Protects lesbian, gay, and bisexual people on the basis of sexual orientation; and

▪️Protects all of us on the basis of nonconformity to sex-based stereotypes.

We believe this document to be in alignment with the Declaration on Women’s Sex-Based Rights.

On November 19, WHRC USA filed an amicus brief on behalf of the state of Idaho and two female athletes to protect women’s sport in the state. The case is Hecox v. Little and it is currently before the U.S. Court of Appeals for the Ninth Circuit. The outcome of this lawsuit has vast implications for women’s sport not only in Idaho, but across the nation.

Background: Earlier this year, the Fairness in Women’s Sports Act (aka H.B. 500) was signed into law by Idaho Gov. Brad Little. The Idaho law is consistent with Article 7 of the Declaration on Women’s Sex-Based Rights which reaffirms “women’s rights to the same opportunities as men to participate actively in sports and physical education” in that it prohibits males from competing as females on the basis of sex, not ‘gender identity’.

Shortly after the bill was signed into law, the ACLU filed a lawsuit in federal court on behalf of Lindsay Hecox, a man who ‘identifies’ as a woman, and another female student athlete (Jane Doe), contending that the law was discriminatory as well as unconstitutional. They won, and the case is now on appeal.

Our brief argues that: (1) “gender identity” is not a coherent category and should not be a separately protected legal status (citing Article 1 of the Declaration); (2) the Declaration on Women’s Sex-Based Rights demands that women and girls have their own athletics, in accordance with Title IX and its implementing regulations (citing Article 7 of the Declaration); and (3) the U.S. courts should not be furthering a broader movement to medicalize identity by enshrining “gender identity” in the law.

The Women’s Human Rights Campaign – Australia/Asia (WHRC) will launch Vortex: The Crisis of Patriarchy in their next webinar . Author Susan Hawthorne will be in conversation with Helen Pringle, Senior Lecturer from the University of New South Wales and Anna Kerr, Principal Solicitor of Feminist Legal Clinic Inc.