On April 3, 2021, women in multiple countries stood up for women’s rights by posting stickers, suffragette ribbons, flags, posters and many more items in support of women.

Source: Women Stand Up for Women’s Rights in Collective Action Across Countries | Women Are Human 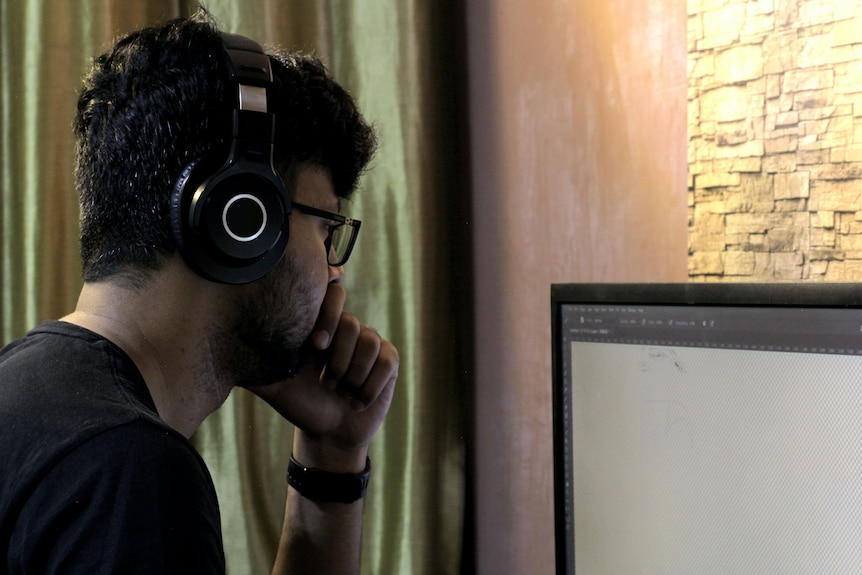 In Australia, 65 per cent of girls and young women have reported being harassed or abused online.

But some experts are arguing that in a “manosphere” of online anti-women groups, methods of communication and organisation are becoming more sophisticated.

At the more serious end of the spectrum, these experts say, are operators that must be seen and named as “extremist” or “terrorist” groups – particularly if anything is to be done to stop them.

Dr Roose would like to see a “reclassifying” of the worst of the online behaviour that exists, in groups that target women online, and actively advocate harassment and violence towards women.

When the behaviour involves promoting, advocating or threatening violence or sexual violence to control women, “it needs to be actually considered a form of violent extremism,” Dr Roose says.

When revelations broke on Sunday about Michel Foucault sexually abusing young boys in Tunisia, the massed opponents of ‘woke’ were delighted at the opportunity to smear one of the intellectual colossi of the worldview they so loathe. But those currently demanding that the woke cancel Foucault for kiddy-fiddling or be outed as hypocrites are looking in the wrong direction.

If inheritors of the post-Foucauldian ‘critical theory’ worldview see existing systems of power as inherently oppressive and evil, then dismantling them can only be good. It’s then incumbent on adherents of this worldview to be open-minded about the attendant dismantling of all norms associated with those systems of power.

A detailed programme for this ongoing project of dismantling was published recently by a ‘Women’s Rights Caucus’ of over 200 intersectional feminist groups, LGBT+ campaigns and trade unions around the world. As flagged by the Women’s Human Rights Campaign, of particular note is a line about how the campaign should encourage governments to eliminate ‘laws limiting legal capacity of adolescents, […] to provide consent to sex or sexual and reproductive health services’.

When we recall that the WHO defines as ‘adolescent’ everyone in the 10-19 age bracket, it becomes clear that this inserts into an ostensibly ‘intersectional feminist’ policy declaration, as mainstream consensus feminist aims, the goal of abolishing the age of consent for everyone over the age of 10.

Source: Foucault’s attitude to sex is alive and well in intersectional feminism – The Post

US — Milwaukee, Wisconsin. A recently elected judge best known for his role as president and CEO of Cream City Foundation, a fiscal sponsor of the Milwaukee chapter of Drag Queen Story Hour, was arrested after investigators connected him to graphic videos depicting sexual abuse of children.

A page now removed from the Cream City Foundation website says “DQSH [Drag Queen Story Hour] captures the imagination and play of the gender fluidity of childhood and gives kids glamorous, positive, and unabashedly queer role models.” The organization called DQSH the “point of first contact for families seeking LGBTQ+ information” and provided a method for website visitors to sign up to sponsor the event.
The Drag Queen Story Hour, Drag Queen Storytime and Drag Story Time events have come under fire around the globe in recent months. In mid 2019, the group Mass Resistance discovered that Albert Garza, a registered sex offender who served five months’ probation for the 2009 sexual assault on an 8-year-old child, was reading to children for “Drag Queen Storytime” at the Houston Public Library under the name Tatiana Mala Niña. Mass Resistance said the City of Houston had ignored months of requests for information about the drag queens before the group launched its own investigation. The group filed a lawsuit against the mayor and the Houston Public Library Executive Director.

Perhaps you have seen one of the surrogacy puff-pieces already: a woman agrees to “give the gift of life to others” who are unable (or unwilling) to bear their own child, by carrying a child formed from a (sometimes very expensive) “donated” egg that has been fertilised in vitro by the sperm of one of the intended parents. This is gestational surrogacy – the most common form of the practice today. The surface picture presented is normally entirely positive and uncritical and it is either a contribution to mindless celebrity news, or else, in the case of gay parents, the trumpeting of another victory for “LGBT+ rights”. A glossy “happy families” portrait.

Or perhaps you have read one of the more recent LGBT+ media accounts about gay men having children via surrogacy, where the word “surrogacy” is banished from the page, together with any reference to the involvement of a woman in the process somewhere. The Ministry of Alphabetical Truth seems to like creating the illusion of men not needing women in order to produce children. Motherhood is erased, and perhaps we are to believe that it is replaced by obliging rainbow storks. Not a woman in sight.

Big Fertility, a multi-billion-dollar global industry, has been given a shot in the arm by the rainbow-washing of the LGBT+ lobby: a lobby that promotes “fertility equality” for gay men, (or perhaps the usual description these days is “LGBT+ men”, given the colonisation of the LGB identity by extreme gender ideology activists). However, so-called “fertility equality” comes at the cost of the rights and equality of women and children. Not only does surrogacy instrumentalise women and babies in a dehumanising way: it is also a physically dangerous process that can lead to serious illness, psychological trauma and death.

Apart from the potentially traumatic separation of a baby from her mother at birth, there is also the risk of “genealogical bewilderment”, where the child may feel a sense of abandonment and of not being properly anchored in the world as a result of not knowing the identity of one or both of her genetic parents, or of her birth mother. There is the challenge of coming to terms with having started life as a purchasable commodity, and of not knowing whether the mother who bore her is in need of help, or whether she had been compelled by financial circumstances or a coercive man to enter into the surrogacy arrangement that resulted in the child’s very existence. That can be a great deal for a child to process, and a great burden.

Gary Powell is a gay man and has been active in gay politics since 1980. He is the European Special Consultant to the Center for Bioethics and Culture.

Source: Gary Powell: Why we should say no to surrogacy   – Lesbian and Gay News

If you were on the internet in April 2019, you may recognize computer scientist Katie Bouman, who went viral after her team captured the world’s first image of a black hole and her thrilled reaction was captured on camera.

That breakthrough prompted a Wikipedia volunteer to draft her biography for the digital encyclopedia. But the same day, it was nearly pulled by someone else who thought she wasn’t notable enough to be included.

This incident points to a bigger problem: women feature in less than one in five biographies on Wikipedia. There are several reasons for this gap.

First, some background: Wikipedia pages are written and edited by a volunteer community that now numbers over 143,000 individuals, around 90% of whom are male. Anyone can write a draft article, and anyone can nominate an article for deletion. Editors then decide by consensus whether to keep the article, merge it with another one or delete it.

These decisions come down to guidelines set by Wikipedia editors in the early days, including a test of notability: Is there significant coverage of the topic in secondary sources? Are these sources reliable? Are they independent of the subject itself? By this criteria, enough editors rushed to defend Katie Bouman’s notability and ultimately saved her article from deletion. Many others, though, never see the light of day.

According to Rosie Stephenson-Goodknight, a veteran volunteer who’s written over 5,000 articles since 2007, “information about men is much more readily available in large quantities than it is about women.” If a woman hasn’t been covered sufficiently in secondary sources, a Wikipedia editor may determine that she doesn’t meet the notability standard.

Source: Women Are Writing Themselves Back Into History on Wikipedia

Imagine what the world would be like if people really were judged on merit. pic.twitter.com/WtRnxnjhq6