WASHINGTON (WTVO) — Over 3,000 pediatricians have filed suit against the Biden administration for a health care mandate that would require medical professionals to provide gender-related services despite medical objections.

Under the Patient Protection and Affordable Care Act, which broadened the definition of sex discrimination to include sexual orientation and gender identity, objections to treating children with gender-related therapies would be considered discrimination.

Apple knowingly lets underage users access apps intended for adults, according to an investigation by the Tech Transparency Project (TTP), despite having asked for and recorded their dates of birth.

The investigation asserts a disconnect between the information Apple knows about a user, which includes their self-declared age, and the ways it polices age restrictions on its App Store.

OnlyFans said Wednesday that it will suspend its upcoming policy change to restrict sexually explicit material, citing “assurances” it received that would allow it to be “a home for all creators.”

“We have secured assurances necessary to support our diverse creator community and have suspended the planned October 1 policy change,” the company said in a tweet. “OnlyFans stands for inclusion and we will continue to provide a home for all creators.”
Asked by CNN Business whether the announcement means the policy change might take effect at a later date, and whether the company agreed to make any changes to appease banks and allow for this reversal, OnlyFans said: “The proposed October 1, 2021 changes are no longer required due to banking partners’ assurances that OnlyFans can support all genres of creators.”

The death of a 24-year-old Indian woman, who had set herself on fire last week after alleging harassment by police and judiciary at the behest of an MP she had accused of rape, has once again put the spotlight on the shameful treatment of women in India.

The woman had accused Atul Rai, an MP from the regional Bahujan Samaj Party (BSP), of raping her at his home in Varanasi city and registered a police complaint against him in May 2019.

Mr Rai, who denies the accusation, was arrested a month later and has been in jail for the past two years.

Last November, his brother registered a police complaint accusing the woman of forgery. She had called the accusation “false” but earlier this month, a court issued a non-bailable arrest warrant against her.

In the video recording of the Facebook live, the young woman is seen accusing the MP of using his influence to harass her.

She and her friend name several police officials and even a judge, accusing them of colluding with Mr Rai.

Medicare data indicates doctors are performing circumcisions on females, many under the age of five. Health authorities are claiming a computer error but an investigation by Tasha May has found alarm among community groups.

Data publicly available on Services Australia’s website records that between July 2013 to July 2021 there were 1,836 claims made under the Medicare code for the circumcision of the penis but recorded for female patients. Over half of these claims were for girls under 15 years of age.

All states and territories have enacted criminal legislation prohibiting female circumcision, known more commonly as female genital mutilation (FGM). However, Khadija Gbla, a survivor of FGM and Director of Ending FGM Australia, says it’s a fact that FGM does still occur in Australia and that a conservative estimate suggests that 11 girls a day are at risk.

Gbla said she would not be surprised if some are subsidising the practice under Medicare as “we know Medicare fraud occurs” and the high numbers of occurrence appear “too much for it to be a coincidence.”

Betul Tuna, Project Officer for the Ethnic Council of Shepparton, said that their investigation found several male circumcision clinics entertained the idea of performing the circumcision on females while other clinics directed them to home circumcision avenues.

Increased prison numbers are being driven by the numbers of women on remand and not an increase in crime rates. Remand means these women are being held in custody without being found guilty of a crime.

A 2019 report developed by Keeping Women Out of Prison (KWOOP) coalition, for which I am a member, indicates that although Aboriginal people make up only 2.9 per cent of the NSW population, 32 per cent of women in prison are Aboriginal.

Sixty-one per cent of women in NSW prisons are mothers to one or more children below the age of 18. We know the long-term detrimental impacts of separation of children from their families due to parental imprisonment. We also know the guaranteed negative effects on their life trajectories and the greater likelihood of entry into juvenile and adult correctional systems. Despite this, the State continues to lock our women up at alarming rates.

Through our work at Deadly Connections Community and Justice Services, we know that many women in prison serve short sentences. Short sentences which are often short enough to disrupt their lives including loss of their home and child but not long enough for the women to engage in any type of program while in custody. We also have a high proportion of women imprisoned for non-violent offences.

This is a human rights issue that requires our urgent attention.

Source: What it’s like for Indigenous women giving birth in jail.

Shocking incidents of sexual violence against incarcerated women are alarmingly on the rise as laws are increasingly passed to allow male inmates who self-identify as women to be placed in women’s prisons. Here are examples of some of the worst reported incidents of sexual brutality by transgender-identifying, male prisoners against incarcerated women to have come […] 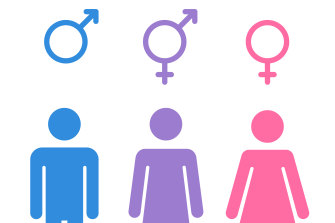 Debate over the inclusion of trans women in female-only spaces has continued to spark across Australia this year. Jewel Topsfield and Karl Quinn report.

It’s a debate that has pitted trans rights activists against “gender-critical” (or, as their opponents would have it, “trans-exclusionary radical”) feminists, split the LGBTQ community, and seen Harry Potter author J.K. Rowling accused of transphobia for siding with those who insist trans women are men and thus have no right to be admitted to women-only spaces.

Research from the University of Melbourne has found about 18 per cent of trans women surveyed had undergone genital reconfiguration surgery – colloquially known as “bottom surgery” – and about 2 per cent of trans men had.

Controversy erupted in Sydney in January when McIver’s Ladies Baths – a women- and children-only pool – decreed that only transgender women who had undergone gender confirmation surgery would be allowed entry (the venue’s website now states transgender women are welcome).

In May, Jessica Hoyle applied for an exemption to exclude “biological men” from lesbian-only events in Launceston, with the exception of a male DJ.

Hoyle is appealing against a decision by Tasmania’s anti-discrimination commissioner, Sarah Bolt, to refuse the exemption.

In July, a “gender-critical” feminist legal service that refused to remove from its website material that was deemed offensive to trans people had its tenancy grant terminated by the City of Sydney. The Feminist Legal Clinic’s principal solicitor, Anna Kerr, said she believed the conflict was representative of broader efforts to undermine women’s sex-based rights.

Source: Why single-sex spaces are a battleground for transgender rights

In 2018, before BBC’s Woman’s Hour turned into People’s Hour, it interviewed trans activist, and Jolyon Maugham teacher, Alex Sharpe, who spent much of the interview saying that predictions that self ID could lead to dangerous men saying that they’re women for nefarious reasons were “utterly bogus and massively concocted. It’s a campaign of fear, it’s a moral panic that’s been generated by gender critical feminists.”

This led to the #ThisNeverHappens hashtag, which gets an airing every time a story breaks of a man who said he’s a woman in order to commit a crime or as a defence after being caught committing a crime.

Michael Hari is a far-right terrorist with a history of violent behaviour.

He was convicted of child abduction in 2006 and in 2017, when a neighbour complained about his loose dogs, Hari allegedly attacked him and put a gun to his head. However, the trial has been postponed because of more pressing court matters, such as his alleged attempts to bomb an abortion clinic, and his role in the bombing of an Islamic Centre in Minnesota. Prosecutors have requested that he be sentenced to a full life term.

However, with sentencing now just a couple of weeks away, Michael has asked a judge to legally acknowledge that he is a woman called Emily Claire Hari, that ‘gender dysphoria fueled her “inner conflict” when she was convicted in the bombing’, that he should therefore receive no more than 30 years in jail, and he has ‘asked for an amended prison placement [that is, to be housed in a women’s jail] based on her transgender identity’.

Very recently, a team of scientists in China at the Naval Medical University in Shanghai tried to create a model to test the hypothesis that you could get a male rat to deliver babies. They published this paper and reported some success. It has created almost a predictable firestorm to the point where they’re thinking of retracting the paper.

What did they do? Something called heterosexual parabiosis. They took a male and a female rat and literally joined their blood circulation to get female hormones into the male bloodstream. Then they transplanted the uterus of the female rat into the male rat. They created a space, put it there, then they put in embryos transferred from the female that they had created in vitro. Lo and behold, the male with the transplanted uterus and the donated embryos gave birth to 10 rat cubs, and they seemed normal.

Whether we choose to do that and whether it’s right to let men reproduce are bigger issues that ought to go way beyond scientists. I think it’s time to form an international committee to start thinking about that kind of a question regarding limits on reproductive technology, giving advice, and guidelines. We need society to agree where we might go in terms of who can have a baby, under what circumstances, and with what medical assistance — not a review committee.

Source: Male Rat Was Made Pregnant and Had Pups. Result: Outrage