Justin Milne of The Guardian writes:

The chairman of the ABC told Michelle Guthrie to fire economics editor Emma Alberici after the former prime minister Malcolm Turnbull complained about her reporting of tax policy.
“They [the government] hate her,” Milne wrote. “We are tarred with her brush. I think it’s simple. Get rid of her. We need to save the ABC – not Emma. There is no guarantee they [the
Coalition] will lose the next election.”
The secretary of the ABC section of the Community and Public Sector Union, Sinddy Ealy, said Milne had to resign over the Alberici intervention.
“Protecting the ABC from political interference is the most important responsibility of the chair.
“There can be no more serious breach than the apparent demand that a journalist be sacked at the behest of the prime minister of the day.”
https://www.theguardian.com/media/2018/sep/26/abc-chairman-michelle-guthrie-sack-emma-alberici-appease-coalition?
More context from Denis Muller at The Conversation:
One first-hand example makes the point. In May, when Barnaby Joyce accepted money – reportedly $150,000 – to go on Channel Nine with his partner Vikki Campion and talk about their affair, the ABC invited me to write a commentary on the ethics involved.
I wrote that by agreeing to take the money, Joyce had called into question his fitness for public office.
This was too strong for the ABC, and the article did not run. I was told that it was a sensitive time for the ABC’s relations with the government. Instead the article was published by The Conversation and then by The Age and an online newspaper, The Mandarin.
It showed the effect of the water-torture approach the government has taken to the ABC, cheered on by News Corp’s The Australian: grizzles about the work of Emma Alberici as economics editor, most of which turned out to be baseless; grievances about Triple J’s changing the date of its Hottest 100 from Australia Day; more grizzles about Yassmin Abdel-Magied’s comments about Anzac Day.
https://theconversation.com/michelle-guthries-stint-at-abc-helm-had-a-key-weakness-she-failed-to-back-the-journalists-103759
[Ed: Patriarchy working to silence strong women!] 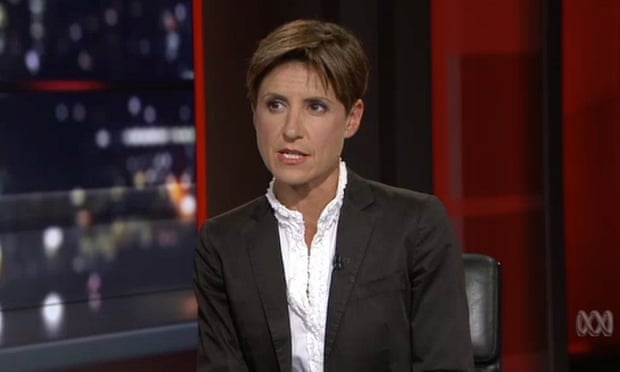