Throughout the day and late into the evening, as many as 9,000–12,500 people were listening to the debate live on YouTube, at any one moment. At 4am Argentina time on the morning of the 14th, the debate was still going on, and 40 deputies were waiting to speak. Some 3,000 people were still watching it live on YouTube.
The debate has lasted 23 hours.
The vote has just been taken. Yes for law reform, abortion on request up to 14 weeks, 131 in favour, opposed 123. WE’VE WON!!!
Congratulations!! Venceremos!!!
http://www.safeabortionwomensright.org/argentina-we-won/? 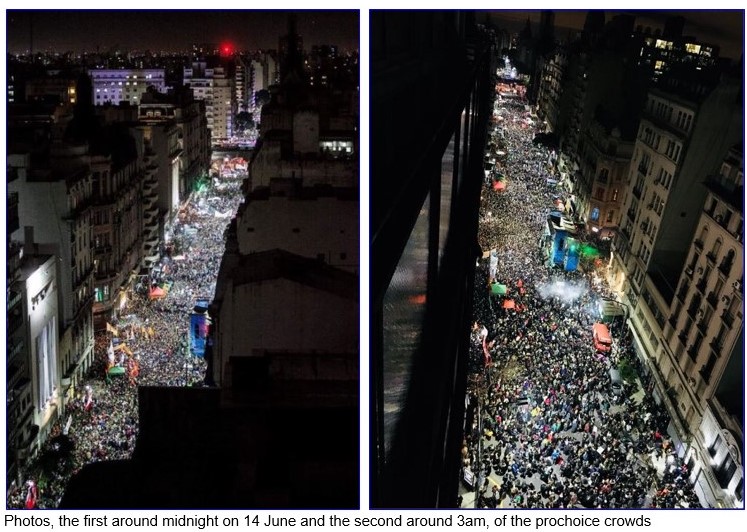