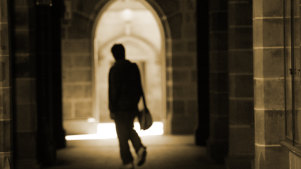 A coal mining executive, a physicist and a feminist philosophy lecturer might seem strange bedfellows but together they have reignited a long-simmering debate about the boundaries of free speech and tolerance in our universities.

Melbourne University has also tried to address this. In March it redrafted its freedom of speech policy in the interests of “promoting critical and free inquiry”. However, possibly prompted by an increasingly ugly dispute between feminist lecturer Holly Lawford-Smith and transgender activists, the 168-year-old institution is now considering implementing a caveat on that policy: a “gender affirmation” clause that would prevent its academics engaging in public discourse that has the potential to cause “harm” to transgender and gender-diverse members of the university community.

Vice-chancellor Duncan Maskell told staff earlier this month: “Emotional distress and anguish caused to transgender people by inappropriate words being spoken and written is very real and it is the responsibility of all of us not to add to this burden.”

We would not wish emotional distress and anguish on anybody, least of all those members of the community who have daily struggles with prejudice and discrimination. But a university must also insist on the ability of well-educated, intelligent adult students to conduct open conversations without unduly hemming in the broad sweep of ideas and inquiry, however controversial.

It’s sometimes said we should learn to disagree better, on social media, in our daily lives and on campus, because debate moves knowledge forward. The alternative is putting some ideas and discussions off limits, the opposite of a university’s purpose.

One thought on “Beware moves to shut down ‘harmful’ debates”