Women have been brewing beer since the days of ancient Egypt, and it was only after the Black Plague that it fell into the hands of men.

In ancient Egypt, beer was traditionally brewed by women, giving them a way to earn extra cash and bartered goods. The gods were often given offerings of beer, especially Tjenenet, the ancient Egyptian goddess of both beer and childbirth. Though they argue over the ancient origins, archeologists who study fermentation do agree on one thing: the vast majority of ancient brewers were women.

So how did the brewster’s image become likened to our ideas of a witch? Images of frothing cauldrons, broomsticks (to hang outside the door to indicate the availability of ale), cats (to chase away mice), and pointy hats (to be seen above the crowd in the marketplace) endure today.

By the early 17th century, all beer across Europe had been hopped, thanks to the help of a German nun. Five centuries earlier, Hildegarde von Bingen, an esteemed natural scientist and herbalist, was the first to discover that adding hops to beer radically increased its shelf life.

“In a culture where beer defines part of the national character, the question of who controls the brew is paramount,” observes a writer for the German Beer Institute. “He who has his hand on the levers of power, also has his thumb in the people’s beer mug.” By 1700, European women had all but stopped brewing. 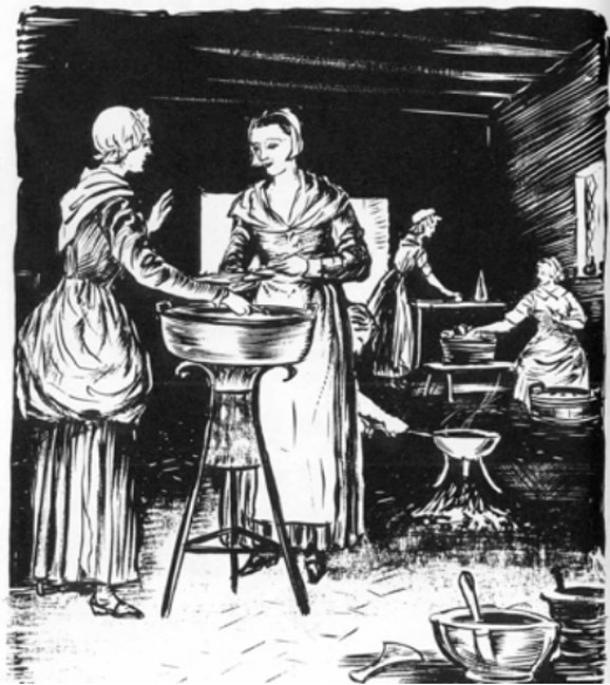