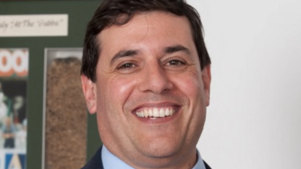 A Federal Circuit Court judge “edited out” a threat about imprisoning parents who did not follow his orders when he produced a written decision.

Children Health Ireland (CHI), which manages children’s healthcare, has said that since 2016 “credible accounts [were] provided” in just 36 per cent of child sexual abuse allegations assessed at St Clare’s.

This does not mean in two-thirds of cases no abuse took place. There could be other reasons for a “credible account not provided” finding, CHI clarified, including the child’s non-engagement. Responsibility for concluding whether child sexual abuse has happened lies with Tusla, which “selects two categories of conclusion . . . founded or unfounded”.

Tara is one of seven mothers The Irish Times has met in recent months – all of whom have given detailed accounts of similarly “devastating” experiences with the childcare system – including the family law courts – from which they had expected support and protection.

Six of the mothers were asked to undergo psychiatric assessments, with just one found to have had a serious mental-health challenge, namely depression requiring hospital treatment.

None can be identified due to the courts’ in-camera rule mandating absolute confidentiality by all parties to family law cases. The mothers could be held in contempt if identified as having spoken to a journalist about their cases. However, such is their anger and despair, they are among a growing number coming together for support and to raise their concerns.

Source: ‘We don’t put mothers in laundries any more, but we are locking them into a bureaucracy’

Illinois mom Aneta Hadzi-Tanovic has filed an $8 million federal lawsuit against Family Court judge Robert Wade Johnson, the GAL, and her ex for conspiring to deprive her under the color of law of her right to due process and equal protection, as well as for the intentional torts “abuse of process” and “intentional infliction of emotional distress”.

In Aneta’s case, the judge ignored substantial evidence of physical, psychological and emotional abuse by the father, much of it gathered by police, a forensic interviewer and social services.

Instead of protecting the children, the judge falsely found Aneta to have coached them to report abuse (i.e. alienation), hence emotionally abusive, despite no evidence to support that finding. Then he allowed the father to alienate the kids from her, to the point that they now refuse to talk to her on the phone and are so badly behaved in supervised visitation that she cannot keep a supervisor.

42 U.S.C. §1983 does not provide for injunctions against state judges, so it will not affect the custody ruling or bring her children back. But Aneta hopes publicity on the injustice she has endured, and especially a win in her suit, will help her case moving forward and help expose the injustices women everywhere are being subjected to.

An ABC News investigation has found police in Australia are too often failing to take action against domestic violence perpetrators in their ranks, fuelling a culture of impunity in law enforcement agencies across the country and putting victims’ safety at risk.

With evidence suggesting police are at least as likely to perpetrate domestic violence as the general population, experts say the figures are likely to be just “the tip of the iceberg”, and highlight how difficult it can be not only for victims to report abusers in police ranks, but to get police to take action against their own. In the year ending June 2019, for instance, there were roughly 37 domestic and family violence offenders per 10,000 persons in NSW. Yet of more than 17,000 officers employed by NSW Police, last year just 11 were charged.

Source: Australian police forces have a domestic violence problem and we’re only seeing the tip of the iceberg – ABC News (Australian Broadcasting Corporation)

The coronavirus restrictions, combined with unemployment and financial stress linked to the pandemic, have caused domestic violence cases to spike across the country.

At the same time, those on the frontline say that, despite the federal government’s $150m in additional domestic violence funding announced in March, there simply haven’t been enough resources to meet demand for chronically underfunded support services.

She is currently competing against other services for a slice of the second round of federal funding, which is capped at $150,000 per service for 12 months.

“It’s absolutely ridiculous. It’s shameful, and it’s inefficient,” she says. While overrun services spend time applying for grants, “the psychological injury that [women are] experiencing from domestic violence is not being treated,” she says.

Women are being offered controversial “virginity tests” at British medical clinics, an investigation by BBC Newsbeat and 100 Women has found.

The intrusive tests are considered a violation of human rights by the World Health Organization (WHO) and United Nations, which want to see them banned.

Critics say they are unscientific, cannot prove whether someone is a virgin and can be a form of abuse.

The BBC identified 21 clinics and managed to make inquiries with 16 of them, seven confirmed they offer “virginity testing” and several others would not clarify their position.

All said they would carry out hymen-repair surgery, which costs in the region of £1,500 to £3,000. Data from NHS England shows 69 hymen-repair procedures have been carried out in the past five years.

MRAs have a pronounced — and unfounded — grievance against family courts, maintaining that they are instinctively biased against men, and designed to undermine their ability to exercise what they see as their rightful power over their children and partners. MRAs obsessively advance the idea that women habitually lie about domestic abuse in order to manipulate the courts.

Astonishingly, over the past three decades an ideological revolution within family courts throughout the West have seen these institutions become more sympathetic to this worldview. In doing so they have perpetuated the violence and torment for countless women and children, and severely damaged their own reputations as ethical and dependable arbiters of disputes. In June, the United Kingdom’s Ministry of Justice issued an extraordinary report that firmly stated its family courts are now refusing to protect children from obviously dangerous fathers. Similar reports could be written in almost all Western capitals.

Gardner’s revolution was built on devising a “theory” that could be used to create suspicion towards any attempts by mothers to report cases of child abuse. Parental Alienation Syndrome (PAS) has a simple premise; that almost all allegations of child abuse will be false, and the more a mother, or even the child themselves, insists that abuse has occurred, the more this “syndrome” — or brainwashing of a child — is at work. Gardner asserted that this “alienation” was itself a form of child abuse more damaging than any violence. He designed a trap, one that would silence mothers from reporting abuse, or punish them if they did.

Extraordinarily, Gardner’s belief that “alienation” is a form of child abuse more harmful than violence has successfully been able to convince judges that in awarding custody to abusive men they are actually acting in the child’s best interests.

The perverse “genius” of PA’s deception has been the way it backs mothers into a corner, preys on her fears, and turns her maternal instincts to protect her children into a pitfall. The more PA manipulates the justice system to endanger her children, the more desperate a mother becomes.

Due to PA’s dominance of family court proceedings, a “good mother” is now not one who is loving, caring, and responsible towards her children, but instead a mother who actively encourages contact with a father, whether he is violent or not.

With the institutionalisation of PA within family courts, abusive men have successfully been able to weaponise legal proceedings against their children and former partners. The family court has now become an extension of these men’s coercive control, making it almost impossible for women and children to escape from abusive environments.

Removing the laws could also reduce the ability of advocates – including a community lawyer – to assist survivors with debts that have accrued during abusive relationships.

“The wind back of responsible lending obligations will have dire consequences for the people experiencing financial abuse. Coerced debt is a common factor preventing the victim-survivors from leaving a violent relationship and re-establishing their lives,” she said.

When relationships are hit by serious illness, it can bring existing gender inequalities shockingly to the surface.

In a 2015 paper, researchers tracked 2,701 marriages using a study on health and retirement and watched what happened when someone became unwell during a marriage: only 6% of cases ended in divorce.

But that same study showed that when partners leave, it’s normally men. One study from 2009 found the strongest predictor for separation or divorce for patients with brain cancer was whether or not the sick person was a woman. That same study showed that men were seven times more likely to leave their partner than the other way around if one of them got brain cancer.

Gendered expectations about household work ought to have changed in the last few decades. Women have almost equal representation in the workplace and in 41% of US homes, women are the breadwinners. More men than ever are stay-at-home fathers. And yet, when a woman falls ill, it can really reveal the extent to which men not only feel entitled to a certain level of housework, but also have no concept of how to be an efficient and appropriate caregiver.

Source: The men who leave their spouses when they have a life-threatening illness | Women | The Guardian

As the NSW parliament debates amendments to family violence legislation, new research shows that some victim-survivors are being charged as offenders instead, while children are not being protected.

Last year, 22 per cent of people against whom there were proceedings for domestic assault in NSW were women.

Women who fight back in a single incident often do so in self-defence and they will admit to doing it. In these instances, they are often charged where their male partner is not.

Under the NSW Crimes Act, police are the only authority that can make the application for children to be listed on a violence order as a protected person. In doing so, they have the power within the Family Law Act to “override, suspend or vary an existing parenting order”.

However, police appear anxious not to contradict Family Court rulings or to deal with their complexity. The report says that “reluctance to do so can be correlated with cultural factors and inherent beliefs surrounding a father’s right to their children”.