The City of Melbourne has committed to build three statues of prominent women in a bid to address the massive gender imbalance in public art.

Currently, just 9 of 580 statues in Melbourne depict real women, an issue that’s seen lobby group A Monument of One’s Own (AMOO) — co-convened by Clare Wright and Kristine Ziwica — placing pressure on governments to address the imbalance.

Independent MP for Goldstein Zoe Daniel said she would strongly put the case forward for Vida Goldstein, who was a leading suffragist and the first Australian woman to nominate for election in the federal parliament. Goldstein ran for election several times as an independent, and was also the first Australian to meet an American President at the Oval Office, when she was Australia and New Zealand’s sole delegate to the International Women’s Suffrage Conference.

Source: Melbourne to get three new statues of prominent women

Police-recorded assaults and emergency department presentations for assault increase on or around the major sporting events in Victoria – the AFL grand final, Melbourne Cup and Formula 1.

In particular, domestic violence assaults rise significantly on the day of the Melbourne Cup.

Our review also shows domestic violence increases on days of, and around, major sporting events around the world. This includes major National Football League games in the United States and Canada, and soccer matches in Scotland.

Alcohol is certainly a risk factor for increased frequency and severity of domestic violence. The use of alcohol during major sports events and over holidays is well documented.

Similarly, gambling and stress over income loss is also linked to the increased use and escalation of domestic violence. These too can occur around the time of events, such as the Melbourne Cup.

A sport’s culture can also be a contributing factor to domestic violence. Sport, violence, and what it means to be a man have long been recognised as connected. For instance, coaches promote aggression for performance.

When taken together, we can conclude it’s the culture of a particular sport in a particular country, exaggerated by keen rivalry, how emotionally charged a game might be, and when the game is played, that can predict a rise in domestic violence. That’s in addition to increased gambling or alcohol use linked to these events.

Source: This Melbourne Cup, alcohol and sport collide. Forget the horses. It’s domestic violence we should be watching for

As demonstrations in Iran enter a third week, schoolgirls have taken to the streets, removing their headscarves and chanting “death to the dictator” as they trampled on the photos of Ayatollah Khomeini and Ayatollah Ali Khamenei — the two supreme leaders who have ruled the country since the 1979 revolution.

On Monday, footage posted on social media showed female students in the conservative city of Mashhad writing anti-regime slogans on blackboards, taking their hijabs off and marching onto public streets, shouting “shame on you.”

Similar demonstrations occurred in Karaj, and in the Kurdish city of Sanandaj, where girls protested without their hijabs, yelling “Women. Life. Freedom.”

[P]ublic fury has only exacerbated since the discovery of the body of missing 17-year-old girl Nika Shahkarami, who vanished last month during the protests in Tehran. Her body was found lying on a street, with head and facial wounds.

In the southern city of Shiraz, female students blocked traffic on a main road while shouting  “death to the dictator” and waving their headscarves in the air.

In another video from Karaj, girls are seen shouting, “If we don’t unite, they will kill us one by one.”

Screenshots were widely circulated on social media of a conversation between two Twitter users, with one asking: “Is it in a building that would be a loss if it burnt down?” Both users’ accounts have since been set to private mode.

In a statement in July, the trustees said: “FiLiA is a women-led volunteer organisation which seeks to build sisterhood and solidarity, amplify the voices of women and defend women’s human rights. We organise the largest annual grassroots feminist conference in Europe, bringing together women from around the world who organise and campaign on a wide range of issues.

“FiLiA supports sex-based rights. There exist some situations in which women need access to female-only spaces: in refuges, in recovery from male violence, in shared accommodation, sports, and of course in the right of our lesbian sisters to determine their own sexual orientation. Our stance on this reflects the current state of the law.

The event is set to feature speakers including Nazanin Zaghari-Ratcliffe, who was reunited with her family in March following several years in an Iranian prison.

Trailblaizing feminist country music legend and coal miner’s daughter Loretta Lynn has died at her home at the age of 90.

In the male-dominated world of country music in the 1960s and 1970s, Lynn built a reputation as a hillbilly feminist who was bold enough and talented enough to write her own songs.

In Rated X she sang about the inequities of man-woman relationships and her song The Pill celebrated the sexual freedom that birth control gave women.

She also sang about philandering husbands — a subject she knew about personally.

Lynn told an interviewer that 14 of her songs had been banned by radio stations.

“I wasn’t the first woman in country music,” she told Esquire magazine in 2007.

“I was just the first one to stand up there and say what I thought, what life was about. The rest were afrai

It is almost ten years since Julia Gillard delivered her famous misogyny speech in Parliament in response to a motion moved by the then leader of the Opposition, Tony Abbott.

Yet, our woman-hating culture persists.

In fact, Australia’s misogyny problem is getting bigger. Domestic violence rates are increasing, female homelessness is at epidemic levels, and girls subjected to sex trade violence – amplified via the mega-industries of pornography and prostitution – are reporting these harms younger and younger.

In case this wasn’t enough, women are now caught in a race to restore their most basic protections – those specifically intended to counter the discrimination and vulnerabilities women and girls face on the basis of their sex.

With sad irony, we are here partly because of amendments to the Sex Discrimination Act 1984 made by the Gillard government in 2013. These changes removed, without broad consultation, biological definitions of the terms ‘woman’ and ‘man’ altogether, and added a person’s self-declared ‘gender identity’– irrespective of biological sex – as a prohibited reason for unfair treatment.

It is in part why today, women who object to males in their bathrooms and changing facilities, refuges, sports, prisons, and crisis services, can be so readily accused of bigotry, rather than more accurately described as reasonably self-protective.

This has fed and fortified a culture that enables abusive men and silences their victims. It has also inspired a climate in which male perpetrators appear to not only be let off the hook for their crimes, but to be venerated as symbols of progressive politics simply because they have decided to ‘identify’ as a woman.

Most recently, this hypocrisy has been on vivid display on the platforms of Australian mainstream media outlets, which have been busy exalting former AFL player, coach, and domestic violence accused. Dani Laidley (formerly Dean Laidley), who now identifies as a woman, pleaded guilty to stalking his ex-partner in 2020.

But it is not just the media afflicted by these misogynistic double standards. At an AFL grand final event last week, Prime Minister Anthony Albanese posted a celebratory photo of himself standing beside Laidley on Twitter.

Given the reactions to his Twitter post from hundreds of women aghast at such a shocking display of misogyny, his advisers must surely know by now.

On the face of it, a diversity and inclusion program and ranking index encouraging organizations to be more inclusive to gender and sexual minorities should not attract more attention or criticism than any other such initiatives (such as for race, or disability). Yet the UK’s Diversity Champions Programme and Workplace Equality Index, run by the LGBTQ+ charity Stonewall, has faced considerable scrutiny and censure, and many important public bodies have withdrawn from the initiatives.

Defenders counter that the program and index simply promote best practice in policy, and help employers to foster much-needed inclusion, support and understanding for LGBTQ+ employees. Some also see criticism of these initiatives as reflecting and reinforcing gender conservatism.

With many of our own public institutions signed up to similar initiatives – ACON’s Pride in Diversity employer support program and the Australian Workplace Equality Index – the aim of this event is to open-up a timely and balanced national conversation about the benefits, risks and tensions of these initiatives for Australia’s public institutions, and their employees. 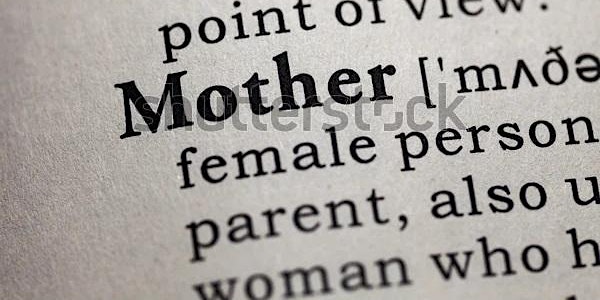 Join us for the 2022 MSA symposium ‘Decentering Mothers: On the Politics of Sex’ featuring key scholars and writers examining the deconstruction of the ‘category of woman’ in scholarship, law, language and social policy. Keynote speakers include Milli Hill author of Give Birth Like a Feminist (2019) and My Period (2021); Associate Professor Karleen Gribble author of numerous articles on breastfeeding, the mother-infant relationship and, more recently, the importance of sex-based language for women’s reproductive health care; Stella O’Malley psychotherapist, host of the well-known Gender – A Wider Lens podcast and author of Fragile (2019) and Bully Proof Kids (2022); Dr. Petra Bueskens author of Modern Motherhood and Women’s Dual Identities (2018), Australian Mothering (co-edited, 2020) and the viral article ‘An Apology to JK Rowling’ and; Anna Kerr founder and Principal Solicitor of Feminist Legal Clinic and the Australian convener of Women’s Declaration International. Join these eminent thinkers and activists to discuss sex, gender, motherhood, feminism and the importance of sex-based rights and language.

This symposium will also feature a screening of the award winning Australian documentary When the Camera Stopped Rolling in which cinematographer Jane Castles tells the story of her trailblazing filmmaker mother Lilias Fraser and women’s roles in the film industry before turning the lens on their troubled mother-daughter relationship. Jane Castles will discuss her film in a live Q&A after the screening.

In the blisteringly persuasive and piercingly intelligent book, Sheila Jeffreys argues that women live under penile imperialism, a regime in which men are assumed to have a ‘sex right’ of access to the bodies of women and girls. Penile Imperialism is out now.

Source: Join us for the global launch of the new book by Sheila Jeffreys