US Supreme Court Judge Ruth Bader Ginsberg is the legendary defender of the women’s reproductive rights under the US constitution. Her story is urgent and relevant for all supporters of WEL’s campaigns in NSW, especially our campaign to remove abortion from the Crimes Act.
Join WEL with our patron Wendy McCarthy AO on Wednesday 22nd August at the Palace Chauvel in Paddington, for a very special event – an exclusive WEL screening of Ruth Bader Ginsburg (RGB) to raise funds for WEL’s campaign.
This film is an intimate portrait of an unlikely rock star: Justice Ruth Bader Ginsburg. With unprecedented access, the filmmakers explore how her early legal battles changed the world for women. See the trailer HERE.
https://www.wel.org.au/ruth_bader_ginsburg_filmfundraiser?utm_campaign=rgbfilmfundraiser&utm_medium=email&utm_source=wel 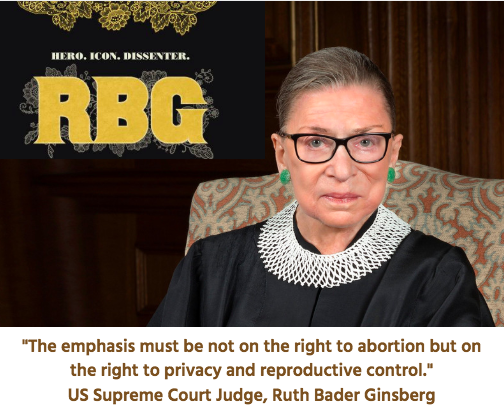 Men’s Rights Activists (MRAs) from North America, Europe, Australia and Asia gathered in London last weekend for the fourth International Conference on Men’s Issues, organised by Mike Buchanan, the founder of a fringe, anti-feminist British political party called ‘Justice for Men and Boys’.
Two hundred delegates attended the three-day event from a record 24 different countries, making it one of the movement’s biggest yet. “It’s the largest gathering of the men’s rights movement in the world, certainly, in terms of a men’s issue conference that is very clearly anti-feminist, there’s nothing like us in the world,” Buchanan told 50.50.
Several women attended and spoke at the event, but in a smaller breakout room ahead of the keynote speech by Karen Straughan – a Canadian YouTuber (with almost 200,000 subscribers) and, in Buchanan’s words, “the most important anti-feminist in the world” – I was, briefly, the only woman in a room of entirely white men.
Paul Elam, founder of the website A Voice For Men in the USA, joined via video link. After a speech in which he described women as “opportunistic parasites in the lives of men”, he was greeted to rapturous applause.
The de facto leader of the MRA movement, Elam is listed as a purveyor of “male supremacy” by the Southern Poverty Law Centre (SPLC), “a hateful ideology advocating for the subjugation of women.” He is perhaps best known for declaring October “Bash a Violent Bitch Month”,
“Young men should be furious,” Buchanan told me. “When you actually understand how the world is stacked against you, anger is a really reasonable response. Frankly there should be a lot more anger. Men should be marching on parliament in their millions.”
https://www.opendemocracy.net/5050/lara-whyte/young-men-should-be-furious-inside-worlds-largest-mens-rights-activism 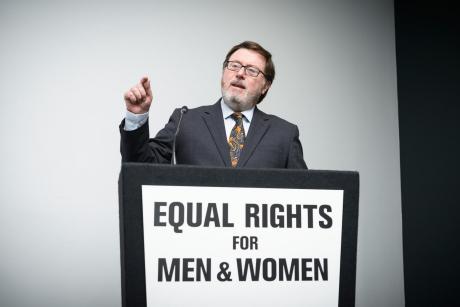 Australia’s record on women’s rights is being reviewed by the United Nations Committee on the Elimination of Discrimination Against Women in Geneva on July 2-3. The committee will review Australia’s compliance with our obligations under the women’s rights treaty – the Convention on the Elimination of All Forms of Discrimination Against Women (CEDAW).
Australia has a seat on the UN Human Rights Council. It was elected on a bid built on five pillars, including gender equality and Indigenous people’s rights.
However, we’re seeing little improvement on women’s rights and a concerning deterioration in some areas.
What are the key issues we expect the committee to raise?
-The human rights framework in Australia
-Aboriginal and Torres Strait Islander women and girls
-Violence against women
-Sexual harassment of women
– Refugee women and girls
https://theconversation.com/un-set-to-review-australias-record-on-womens-rights-and-may-find-it-wanting-98552 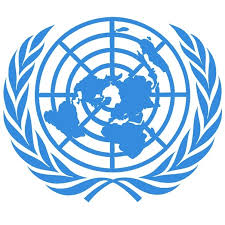 The NSW government’s review of scripture in public schools deleted a section of a 2015 draft report showing children were exposed to lessons on the conservative Christian concept of “headship” – where women “submit” to their husbands – and negative messages on homosexuality.

The draft ARTD Consultants report found an unidentified major Christian publisher’s lesson material taught “the concept of ‘headship’ and that women should submit to their husbands, abstinence only sex education, negative LGBTI messages and that sexual intimacy is only acceptable to God between a married man and woman”.

The concept of “headship” is most strongly supported in the Sydney Anglican Diocese where women cannot be priests, but it divides even Christian groups. Some delegates walked out of a recent evangelical women’s conference in Sydney after a speaker suggested women should submit to men at home, in church and in the workplace where they should consider themselves “helpers” of male colleagues. 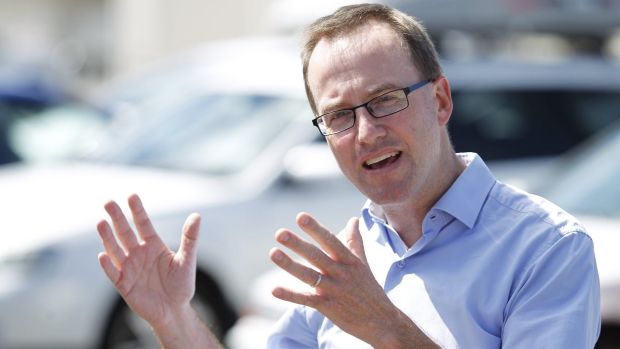 Once again, we’re still hunting for the women on an honours list.

It’s our twice-yearly tradition. Done at the beginning of the year on Australia Day, and then less than six months later on the Queen’s Birthday long weekend.

On today’s Queen’s Birthday honours list, women make up even fewer of the recipients of the general division honours, than in previous years. Just 30.6% of the general order gongs went to women, or 206 of the 673 recipients recognised, below the 31.4% average from the past five years.

Blanchett was the only woman to be appointed an AC, awarded for eminent achievement and merit of the highest degree. 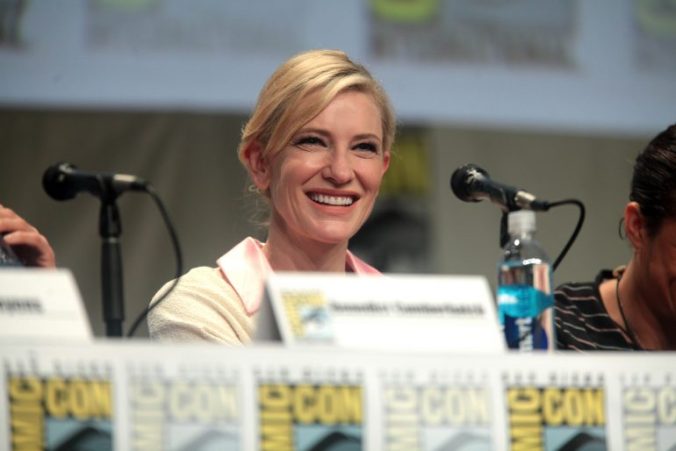 Sydney will host the 2018 Global Summit of Women, a prestigious international event dubbed “Davos for Women“.

The summit is over 25 years old and is described as a business summit which focuses on women’s advancement in the global economy. 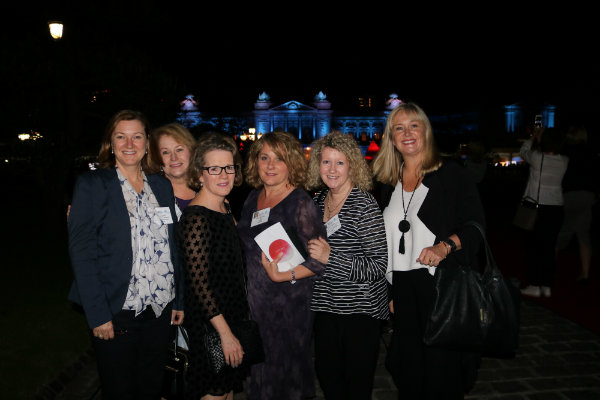 “We need to be open to ideas and opportunities that might lure us away from what we thought was our destiny.

“You need not be bound by convention or tradition or anyone’s expectations – including your own. All you need is to believe in yourself. Work hard. Be bold. Have fun.”

She also urged those in the audience to embrace the future with enthusiasm and optimism.

“The world is way more complicated and, in some ways, more scary than it was when I was graduating but it is also a more exciting place.” 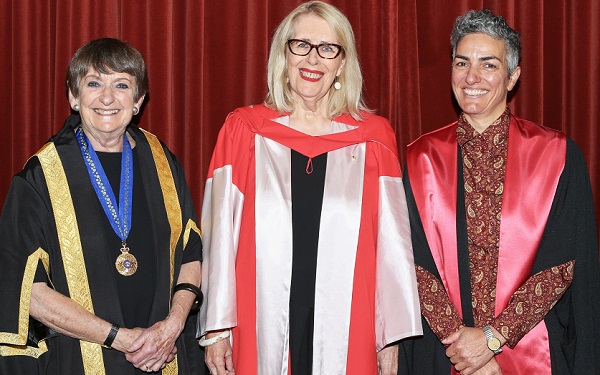 In January this year five million men, women and children took to the streets around the world to stand up for the rights of women. What started in Washington as the Women’s March grew into a gigantic global event.

A follow up event to Women’s March Sydney, will be held this Saturday 29th of April 2017 at 11am at Prince Alfred Park.

Over 800 participants are expected to participate in the day of action and advocacy for women’s health and safety. 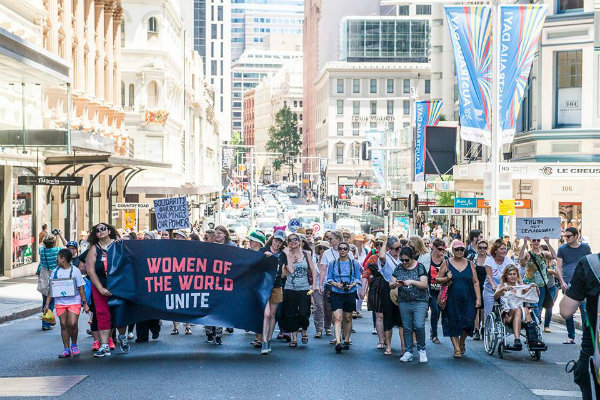 Last November, voters in New Hampshire’s Lakes Region re-elected to the state house of representatives a man who appears to be one of the secret architects of the internet’s misogynistic “Manosphere.”

The homegrown son of a preacher, 31-year-old Robert Fisher is a Republican who represents New Hampshire’s Belknap County District 9. In addition to his legislative duties, Fisher owns a local computer-repair franchise, and in his spare time, seems to have created the web’s most popular online destination for pickup artistry and men’s rights activists, The Red Pill, according an investigation by the Daily Beast. 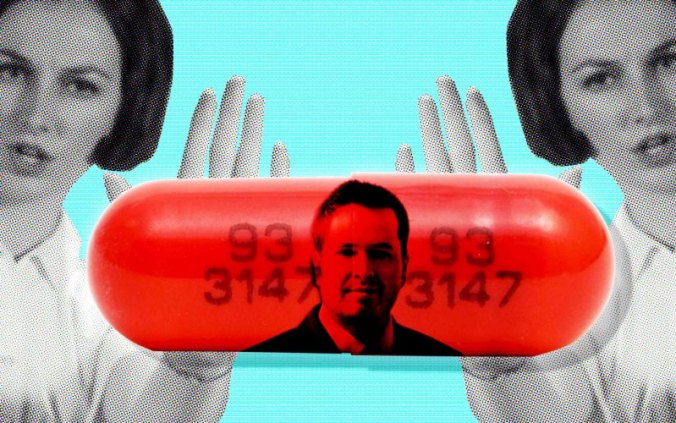