Let’s focus on the sentence “trans women are women”. It’s occasionally said that this is already widely accepted as an implication of the current public concept of “woman”. Certainly, some speakers sincerely believe it, but still, I think, the usage hasn’t spread widely enough for this to be persuasive. Most use trans people’s preferred pronouns and names, but arguably this only shows a wish, which I share, to be compassionate and respectful. It’s also true that British law recognises trans women as women, but again, this was not intended to settle conceptual disputes but to alleviate discrimination against trans people.
[S}ome philosophers say that, even if the current public concept “woman” doesn’t include trans women, we should actively engineer it to do so in future. It’s argued that this will vastly improve the experience of trans people, ultimately helping to minimise both their sense of gender dysphoria (distress caused by a mismatch between felt and perceived gender identity) and their susceptibility to transphobic violence.
In public discourse, there’s a lot of focus on whether trans women should be counted as women. Whatever the ultimate answer, that’s obviously a reasonable question, despite trans activists’ attempts to count it as “transphobic”. But I think we should also ask whether self-declaration alone could reasonably be the only criterion of being trans.
And though, as in the notorious case of Rachel Dolezal, a person might “self-declare” that she is “trans racial”, it has seemed clear to nearly everybody responding to this case that such a declaration would be not only false, but also offensive to genuinely oppressed members of the race in question. There is no such thing as being “trans racial”; there is only thinking falsely that you are.
Both Theresa May, Britain’s prime minister, and Jeremy Corbyn, the leader of the opposition Labour party, have apparently enthusiastically taken up this conclusion. They want to change the law to allow gender self-identification via an administrative process of self-certification as the only criterion for legally changing the sex recorded on one’s birth certificate. However, I’ll now suggest that such a move is not cost-free. In particular, certain harms to original members of the category “woman” should be weighed against any gains.
The category “female” is . . . important for understanding the particular challenges its members face, as such. These include a heightened vulnerability to rape, sexual assault, voyeurism and exhibitionism; to sexual harassment; to domestic violence; to certain cancers; to anorexia and self-harm; and so on. If self-declared trans women are included in statistics, understanding will be hampered.
Even more pressingly, if we lose a working concept of “female” in the way indicated, self-declared trans women (males) may well eventually gain unrestricted access to protected spaces originally introduced to shield females from sexual violence from males. We are already seeing the erosion of these, as companies and charities open formerly female-only spaces such as changing rooms, shared accommodation, swimming ponds, hospital wards, and prisons, to everyone out of a desire not to appear transphobic.
The problem here is male violence. The category of self-declared trans women includes many with post-pubescent male strength, no surgical alteration of genitalia, and a sexual orientation towards females.
Note that this is emphatically not a worry that self-declared trans women are particularly dangerous or more prone to sexual violence. It’s rather that we have no evidence that self-declared trans women deviate from male statistical norms in relevant ways. There’s also a separate worry that violent males who do not consider themselves trans will eventually take advantage of increasing confusion about social norms about such spaces. Sex offenders already go to great lengths to access vulnerable females; there’s no reason to think they wouldn’t use this situation to their advantage.
And changing the concept of “woman” to include self-declared trans women also threatens a secure understanding of the concept “lesbian”.
Harms also arise for females having to share already meagre sex-based resources with self-declared trans women (such as all-women shortlists for political candidacy, representation in the media and sports scholarships). They arise for post-operative “transsexuals” in relation to the approaching massive expansion of their defining category. And they arise for gender-nonconforming children, whose emerging world-view can be strongly influenced by trans-activist rhetoric about self-declaration.
https://www.economist.com/open-future/2018/07/06/changing-the-concept-of-woman-will-cause-unintended-harms? 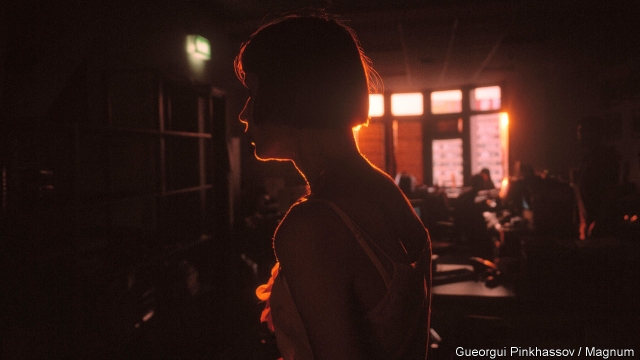