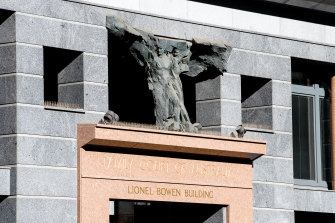 Hormone treatment with oestrogen or testosterone is the second step in a three-stage medical transition process for transgender adolescents, and follows an initial round of puberty blockers. Surgical interventions may follow at stage three.

The law has evolved rapidly in Australia. Prior to 2013, it was not possible for a parent or child to give valid consent to any of the three stages and court approval was mandatory.

The Full Court of the Family Court ruled in 2013 that court approval was no longer required for stage one treatment, but the court had a role in disputes.

In 2017, the Full Court went further and ruled court authorisation was not required for stage two treatment but it was not clear what role the court performed in the case of disputes.

Justice Watts said court approval for stage two treatment is mandatory only if a parent or doctor disputes the child’s legal competency to consent; the diagnosis of gender dysphoria; or the proposed treatment.

The ICLC said “the court’s judgment confirms that the existing law is that a medical practitioner seeing a young person under the age of 18 cannot initiate stage one, two or three treatment without establishing parental consent”, and court authorisation is required if there is a dispute.