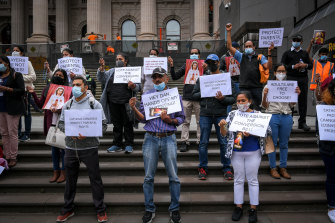 Doctors and psychiatrists want Andrews government to make changes to its plan to ban gay conversion therapy due to concerns it will discourage some practitioners from treating vulnerable patients.

The Victorian branches of the Australian Medical Association and the Royal Australian and New Zealand College of Psychiatrists say the proposed legislation is too broad and the sanctions are too severe.

”We don’t feel we were appropriately consulted as we only saw the bill for the first time when it was introduced to Parliament,” Associate Professor Rait said.

Doctors and psychiatrists are also concerned that the bill conflates the separate issues of sexual orientation and gender identity, which they say require differing approaches.