Four of the five lead stories on a major newspaper’s website related to women who had been killed in their homes.
A few days earlier I reeled over a damning and inexplicable report that a senior constable in Queensland accessed a confidential database and gave a violent man, convicted of domestic violence, who had threatened to kill his former wife and blow up their two children, his ex-wife’s address.
The policeman, who remains employed, texted the man and said “tell her you know where she lives and leave it at that”. She was forced into hiding and he is now on the run.
There has been a 68% rise in weekly contacts to the 1800RESPECT hotline since September 2017.
Longer term analysis shows that in the first three months of 2014 the service received almost 12,000 contacts compared to the first three months of 2018 when it received more than 28,000 contacts which represents a 133% increase.
But if the women making these calls can’t expect help, in the form of shelters and a sincere commitment from police at the very least, what hope is there?
https://womensagenda.com.au/latest/domestic-violence-national-horror-show/ 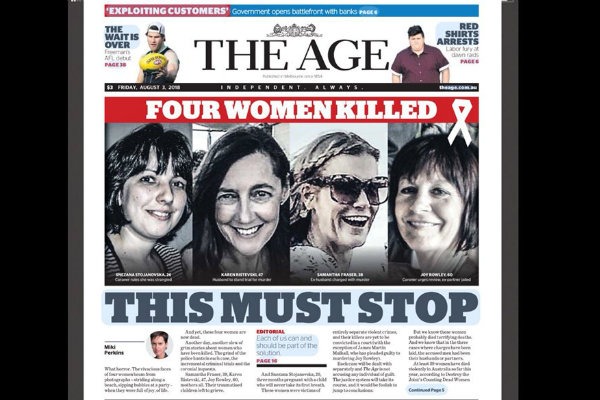