Two issues above all remain a problem for him: child abuse and the role of women. Francis’s creation of a special commission to examine the global problem of children being abused by priests was considered a breakthrough. Four years down the line, and with the two abuse victims who were members having resigned, it seems no nearer to producing new ways of dealing with the issue. And despite Francis’s own zero-tolerance comments about abuse, there have been occasions when he has seemed unwilling to take action against those involved.
That Francis included women on the abuse commission was a welcome sign of change. So was his setting up of a commission to look at women deacons in the church, though two years on it has not reported. But there is an impatience among Catholic women about the extent to which the church is still dominated by a celibate male priesthood. The language used by the former Irish president Mary McAleese, when she denounced the church last week as an “empire of misogyny”, might have been extreme but it did articulate the frustrations of so many women that not only are they ignored, but also their talents are going to waste.
https://www.theguardian.com/commentisfree/2018/mar/12/pope-francis-catholic-church-child? 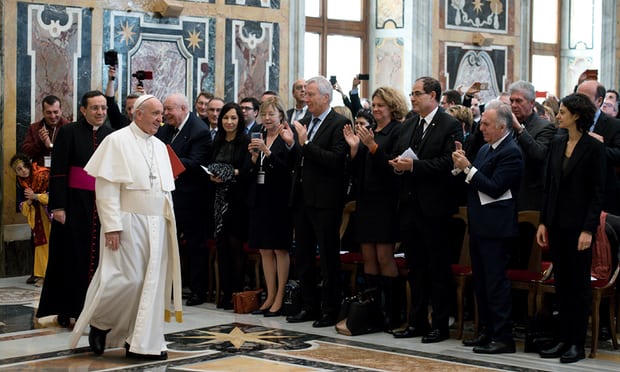