PARENTS are in uproar after two primary schools in Renfrewshire installed ‘gender neutral’ toilets.
One concerned parent told the Scottish Sun: “They’ve just gone a bit mad and not told anyone about this. The woman from the council said they’d done an impact assessment and said it would have no impact – but they haven’t asked anyone.
“There’s loads of parents not happy and saying they’ve not been consulted.
Independent Councillor David MacDonald had earlier revealed that a number of furious parents had contacted him with concerns.
He said: “As you can probably understand, this has left some parents, worried, angry and upset, particularly for parents of girls approaching and going through puberty and those who need private spaces to deal with menstruation.
“On top of that. Let’s be frank here. Boys urinate on toilet seats whether by accident or on purpose.
Cllr MacDonald wrote to the council and received a response East Renfrewshire Council’s Head of Education (Equality and Equity) Janice Collins.
She said that the move was made on guidance from the Scottish Government and that an impact assessment was conducted.
But our source added: “Her remit is obviously to promote equality, which is great, but this is just craziness.
“Lets have a discussion first, don’t just do it.”
https://www.thescottishsun.co.uk/news/3104261/furious-parents-renfrewshire-schools-gender-neutral-toilets/ 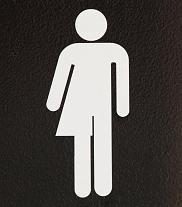