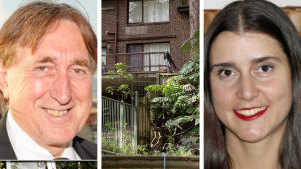 The inquest into the 2018 murder by John Edwards of his two teenage children in suburban western Sydney has finally concluded after three harrowing weeks.

Each day has brought exasperating new evidence of how NSW authorities failed to spot warning signs that could have allowed them to prevent Edwards obtaining firearms and shooting his children Jack, 15, and Jennifer, 13, at their home in West Pennant Hills. The hearings have also been a rare opportunity for the wider community to see in detail how the normally confidential proceedings of the Family Court work.

As a middle class professional, Edwards was adept at manipulating the system. He tried to confuse Hornsby police in 2016 by warning them that his wife was likely to make false allegations of violence against him in order to win the battle in the Family Court.

The inquest heard evidence that because allegations of violence are made in 80 per cent of Family Court cases there was a perception among some police that the allegations were more “tactical than practical”.

Yet, given Edwards’ long police file with allegations from numerous complainants over a long period of time, it is surprising that police failed to look closely at the allegations.

In addition to this point, the coroner could also consider whether family law played a role in this tragedy. Despite his long history of bad behaviour, the Family Court made an initial order that Edwards be given access to his children because under current law there is a presumption of equal shared responsibility during custody proceedings. The inquest heard that the children did not attend scheduled meetings with their father, because they and Olga feared for their safety.

But the death of the Edwards’ children shows the awful consequences when well founded allegations are dismissed. More must be done to tilt the balance in favour of women and children victims.