Back in October 2014, just after the CBC announced it would be dropping Jian Ghomeshi — the public broadcaster’s star — the radio host himself published a defense against accusations of abuse. Ghomeshi claimed he had “always been interested in a variety of activities in the bedroom” but that he “only participate[s] in sexual practices that are mutually agreed upon, consensual, and exciting for both partners.”
Ghomeshi had clearly and intentionally adopted the language of the third wave “sex positive movement,” which claims that anything related to “sex” is beyond critique if “chosen” and “consented to,” even violence. To me, this demonstrated the trouble with our modern conversation around — and obsession with — “consent,” as well as the notion that violence and abuse can be “consensual.” People consent to all sorts of things that aren’t healthy and that are even quite dangerous, and it doesn’t necessarily make those things ok. That “sex” is considered a protected category is something worth interrogating.
This week, we are revisiting the notion of “consensual violence” yet again, after four women alleged that New York attorney general, Eric Schneiderman, abused them. Two of the women — Michelle Manning Barish and Tanya Selvaratnam — claimed they had been “choked and hit repeatedly” by Schneiderman, and another said she had been “violently slapped across the face.” A fourth woman says that he slapped her across the face after she rejected his advances.
In response to these allegations, Schneiderman said:
“In the privacy of intimate relationships, I have engaged in role-playing and other consensual sexual activity. I have not assaulted anyone. I have never engaged in nonconsensual sex, which is a line I would not cross.”
Truly, this was the most compelling and convincing argument — the one provided by women claiming to be feminist, who insist that violence, “games” of domination and subordination, scenarios and costumes emulating (and sexualizing) slavery and the kind of torture so-called witches were subjected to, and misogynist degradation were fun and exciting ways to “explore your sexuality,” and could very easily be “feminist” so long as we said so.
Indeed, it was this message that provided men with the golden ticket.
How could a man who enjoyed beating, choking, dehumanizing, and torturing women possibly be considered “feminist” or an ally? Easy: if the woman in question consented. He was in fact just helping her become more open-minded and in touch with her own repressed desires.
[T]he notion that a person could consent to abuse is a dangerous one. If we put this in the context of an abusive husband, for example, does a woman’s choice to stay in the relationship, knowing he beats her, constitute “consent”? If a man is able to get his wife to sign a contract stating that his abuse was ok with her, should he not be culpable?
https://www.feministcurrent.com/2018/05/09/many-eric-schneidermans-jian-ghomeshis-stop-pretending-violence-sex/ 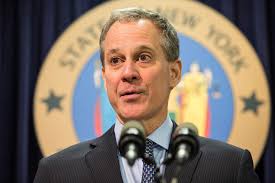