Reatlity Check Team at BBC News reports:
Claim: The campaign group Fair Play for Women claimed 41% of transgender women in prison are convicted sex offenders.
Reality Check verdict: A government survey has counted 125 transgender prisoners in England and Wales, but the Ministry of Justice says these figures are not yet a reliable reflection of the true numbers. The MoJ says 60 of them have been convicted of one or more sexual offences but it didn’t identify their gender. There are likely to be more trans inmates, on shorter sentences and who are less likely to be sex offenders, who don’t show up in this data.
_____________________
The campaign group Fair Play for Women, believes that promoting transgender rights could be harmful for women.
Its spokeswoman Nicola Williams said “if proposed law changes could allow a group of dangerous offenders to be transferred to women’s prisons, we need to know what risk that poses. We need data and facts – that needs to be assessed.”
Fair Play for Women examined individual prison inspection reports and concluded that 41% of transgender women in prison are convicted sex offenders.
Its claim was reported by several news outlets.
If more than 40% of trans prisoners were sex offenders, that would be disproportionately high.
According to the most recent data, 19% of all prisoners are serving time for a sexual offence.
We submitted Freedom of Information requests to the Ministry of Justice.
It said that 60 of the 125 transgender inmates it counted in England and Wales were serving time for a sexual offence.
This is roughly half – but it’s not the full picture.
Remember – those 125 transgender inmates only include people who have had a prison case conference. It won’t include transgender people who haven’t identified themselves to the prison service or who already have a gender recognition certificate.
https://www.bbc.co.uk/news/uk-42221629 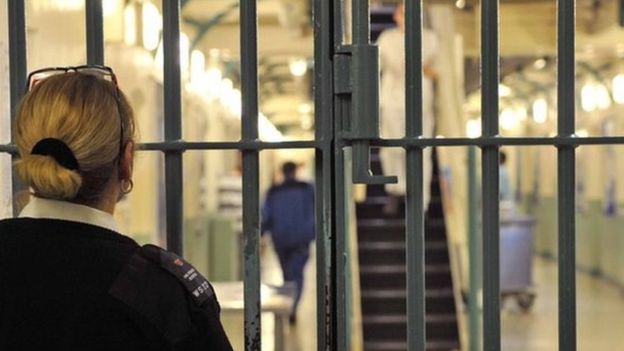