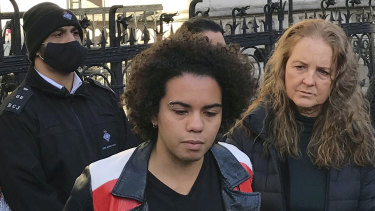 Last week England’s High Court of Justice delivered a verdict that has delighted critics of gender transition around the world but alarmed the trans community and its advocates, and has potential implications for future legal cases in Australia.

While the decision has no immediate bearing on Australian law, activists want to use the case to advance their cause. Anna Kerr, who runs the Feminist Legal Clinic in Sydney, says the Tavistock judgment is “very significant” and could potentially persuade judges not to approve treatment.

For example, Gillick competence was the crux of a significant Family Court case this year, known as Re: Imogen, which approved stage two hormonal treatment for a now 16-year-old against the mother’s wishes. The judge also clarified that if one parent or guardian disputes a child’s Gillick competency, their diagnosis or desired treatment, the case must go to court for a ruling.

“In a similar case to Re:Imogen, you’d now be able to say the tide is turning internationally,” Kerr says. “That might be helpful to some extent.”