During my visit to the country (undertaken from 13 to 27 February 2017) I observed that violence against women in Australia is recognized and addressed as a pandemic by political leaders at the highest levels of Government.Through my visit to different jurisdictions, I commended the National Plan to Reduce Violence against Women and their Children 2010-2022.
However, I also noted that such efforts are limited by several factors that impede the achievement of concrete results, including the lack of federal law or harmonized national laws on prevention, protection and prosecution of violence against women . . .
[T]he Government should, as a matter of priority: 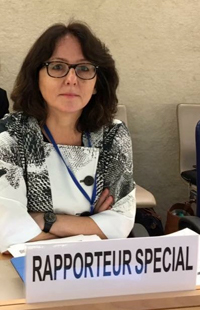