In fact, the vast majority of young women aged 18-25 surveyed in research conducted by Plan International Australia, (90%) said they felt unsafe on the streets of Sydney at night, while a further 92% expressed feeling uncomfortable taking public transport alone after dark. Of those, one in three (35%) said they always felt unsafe on public transport at night.
And this campaign isn’t just a local venture. Indeed, Sydney is just one of five cities worldwide where the Free to Be map launches today, including: Delhi, Kampala, Lima, and Madrid. According to Plan International Australia, the campaign is “believed to be the most ambitious crowdsourced data collection project to combat street harassment ever undertaken.”
She hopes the data accrued from this initiative will help to propel government authorities to take the issue more seriously and enact change.
“This data will be provided to city planners, public transport authorities, police and groups responsible for urban safety, so they can make positive changes to make cities safer places for women.”
https://womensagenda.com.au/latest/plan-international-australia-launch-a-bold-new-campaign-to-stop-women-feeling-unsafe-after-dark/ 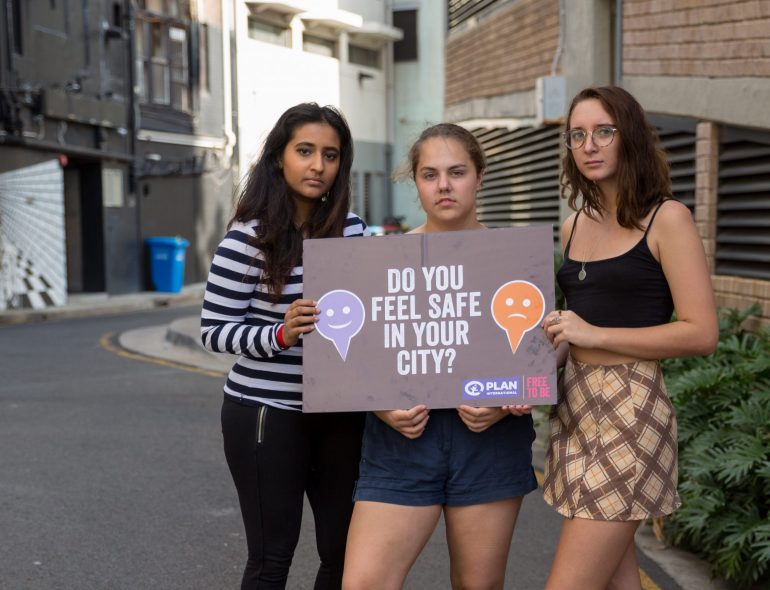