Angela Priestley for Women’s Agenda reports:
In pursuit of peace and stability in his country, Ethiopia’s Prime Minister Abiy Ahmed has managed to do what very few around the world have done: appoint a Cabinet that’s half female.
The reshuffle comes as part of extensive reforms across the country, and sees women appointed to 10 of the 20 Cabinet roles. Abiy said that women are “less corrupt than men” when explaining the overhaul.
“Our women ministers will disprove the old adage that women can’t lead,” he told Parliament. “This is to show respect to the women for all the contribution they have made to the country.”
A number of women have been appointed to leadership positions for the first time in history during the reshuffle, including Aisha Mohammad, who becomes Ethiopia’s first female defence minister.
Abiy has also created a new peace ministry, led by Ethiopia’s first female speaker of Parliament, Muferiat Kamil (pictured above), leading Africa News to ask if she is now the most powerful woman in the country.
Incredibly, just over a week ago there were fears of a coup, after dozens of armed soldiers approached Abiy’s residence demanding pay rises. The soldiers were invited inside, without their weapons, and were able to meet with top officials. Abiy was later photographed doing push-ups with the soldiers.
https://womensagenda.com.au/latest/the-push-for-peace-sees-ethiopias-cabinet-become-half-female/ 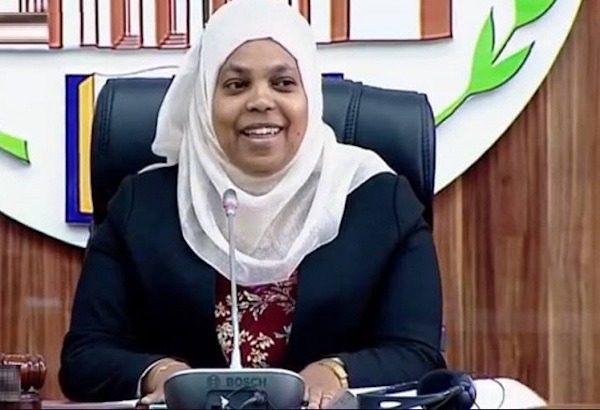