More than 30 high-profile women from the Australian media and entertainment industries – including Tina Arena, Deborah Mailman, Sarah Blasko and Danielle Cormack – are spearheading a new national organisation, led by Tracey Spicer, to tackle sexual harassment, abuse and assault in workplaces across Australia.
Inspired by the Time’s Up initiative in the US, Now Australia launched a crowdfunding campaign on Sunday, aiming to raise $250,000 to fund a staffed centre that will connect people from every industry with counselling and legal support.
The organisation also hopes to conduct research, education and lobbying to effect real change in Australian workplace practices and regulations.
She said those who were initially emboldened by the #metoo movement to come forward have been scared off after watching how stories like theirs have played out in the press. Craig McLachlan is suing ABC, Fairfax Media and accuser Christie Whelan Browne after allegations made against him in January, and News Corp’s truth defence was thrown out this week in Geoffrey Rush’s defamation case.
“The defamation action that’s happening at the moment has frightened a lot of women from coming forward – and has made some media organisations more reticent about reporting it,” Spicer said.
https://www.marieclaire.com.au/australia-times-up-movement-now
https://www.theguardian.com/world/2018/mar/25/tracey-spicer-launches-now-australia-campaign-as-tina-arena-joins-accusers
http://www.afr.com/leadership/workplace/tracey-spicer-leads-now-an-australian-answer-to-timesup-antiharassment-movement-20180325-h0xxpi 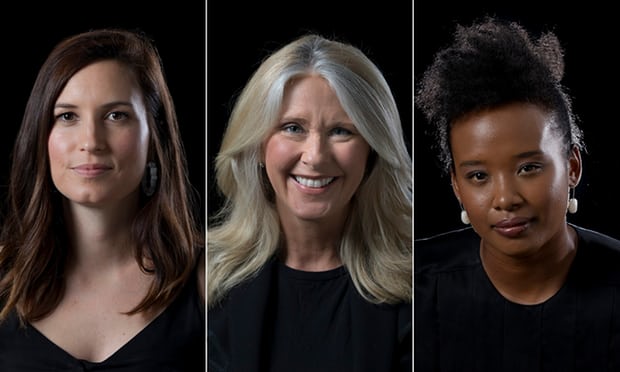