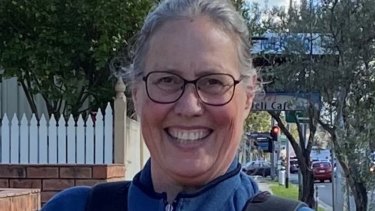 The newly elected convenor of the Victorian Greens, Linda Gale, is “shell shocked” after being ousted from the role over statements she made in 2019 about trans issues.

Gale was elected as convenor one week ago, triggering protest on social media from some members about a three-year-old internal discussion paper she co-authored, titled “Trans Exclusionary Rhetoric, Contending Views”.

In it, Gale argued that banning statements within the party such as “there are two sexes”, “trans women aren’t the same as biological women” and “the science is not conclusive” was contrary to a Greens ethos which encourages robust debate.

She said the paper did not propose answers but stated that in areas such as “the consequences of having male-bodied people in women’s prisons … in women’s wards in hospitals … and as staff or clients in women’s shelters and refuges – there are questions that we need to talk about”.

Gale, a senior industrial officer at the National Tertiary Education Union, was supported by Melbourne City Councillor and Greens member, Rohan Leppert, who on Thursday published a defence of the validity of the election and the choice of Gale.

Leppert said the same Greens members who used social media to “slander” him as trans-exclusionary for expressing concern about “affirmation-only” medical treatment for children with gender dysphoria had used the same public relations tactics to bring down Gale.

The New South Wales Greens this week suspended member Anna Kerr, principal solicitor of the Feminist Legal Clinic for her statements on trans issues made on Greens platforms, including emails to its Womens Working Group.

In a complaint signed by 11 Greens members, including MPs Abigail Boyd and Jenny Leong, Kerr was accused of having “inflicted direct harm towards other members and created unsafe spaces within our party”.

Boyd told The Age Kerr had engaged in “hate speech”, which Kerr denied, saying “nothing I have said could be considered hate speech”. Kerr said vilification was “a very effective way of silencing dissent”.