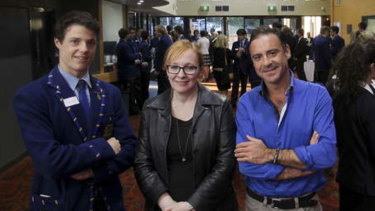 The domestic violence charity’s demise comes after a turbulent period.

The extent of the charity’s financial woes were revealed in February by The Daily Telegraph, which reported it had slipped into the red by more than $840,000 according to its financial reports.

The charity’s demise comes after a turbulent time at the helm, which included Ms McLeod Howe’s exit in November amid a backlash over her decision to withdraw White Ribbon’s statement of support for women’s reproductive choice.

Former NSW director of public prosecutions Nicholas Cowdery resigned as chair in October 2018 after criticism over comments he made in an ABC documentary on convicted baby killer Keli Lane.

In 2017, White Ribbon agreed to accept $50,000 in donations from the Fairfield Hotel after writing a letter of support for pub’s bid to increase its number of poker machines. After it was revealed by The Sydney Morning Herald, the charity reversed its decision and declined to accept the donation.