Beth Demmon for Munchies writes:
The Women’s Beer Forum, hosted by Los Angeles-based Eagle Rock Brewery, is the latest victim in a long line of so-called “gender-based discrimination” lawsuits initiated by various men’s rights activists (MRAs), who are lashing out events and promotions designed for women.
The group’s overall goal was “to serve as an educational platform for more women interested in learning about beer, tasting through different beer styles, and being with a community of other women who enjoy good beer.” In short, it was a group created to serve as a counterbalance to a culture in which roughly 70 percent of craft beer drinkers are men.
Aggressive exclusionary tactics to keep men out were never used, Su says. In fact, men often participated and even presented at the meetups in the past. But in November 2017, a self-described MRA contacted Eagle Rock Brewery regarding the upcoming forum and was told it was for women only. That’s when the threats began.
After several months of limbo, the DFEH decided there was “reasonable cause” for a lawsuit and that the case would be pursued in the courts. Su’s only other option? Pay a settlement.
“We would have lost the company otherwise,” Su says in a phone call with MUNCHIES. “But I’m not OK settling and walking away.”
This type of targeted extortion is more common than one might think. There are men who fashion themselves into “career plaintiffs” who specifically seek out women-only events and groups in order to threaten and blackmail them for financial gain. One San Diego man has singlehandedly filed over 25 lawsuits claiming gender discrimination, and there are a number of men’s-rights-focused law firms who solely focus on these types of cases.
https://munchies.vice.com/en_us/article/bj44zq/women-only-craft-beer-forum-shut-down-by-mens-rights-activist 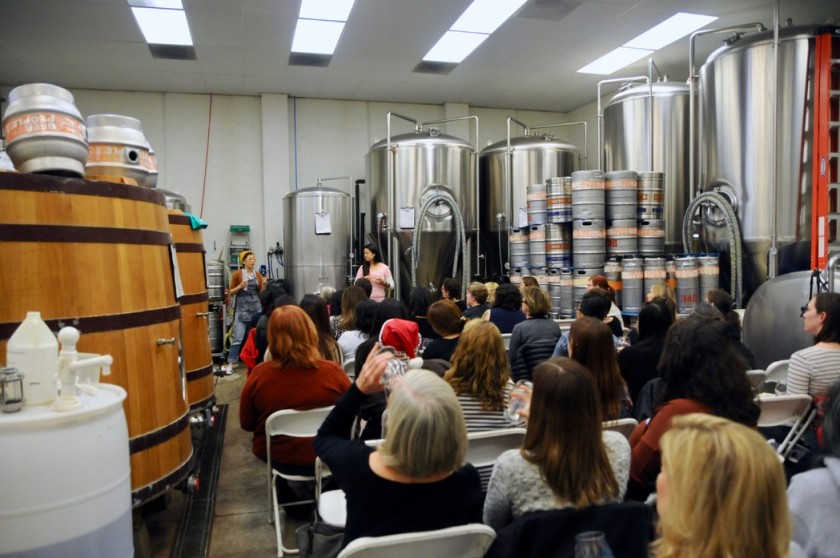